Sspomitapi means star person in Blackfoot. We recorded with Laverne First Rider (Aahsaopi) of Blood Tribe in Treaty 7. Due to an outbreak of covid on the Blood Reservation, we shipped Laverne the recording equipment and assisted her using the magic of zoom. The Sspomitapi story includes two unique stone formations important to the ceremonial and spiritual practices of the Blackfoot. One formation we travelled to and used photogrammetry to model and animate. The other was locked away in the Royal Alberta Museum, and despite our requests coming from the Indigenous community itself, we were forced to work off archival reference images to generate a representation of it. Sspomitapi is one of twelve videos launched across the CIty of Edmonton’s social media platforms to share the deeper meaning behind the new Indigenous Ward Names. 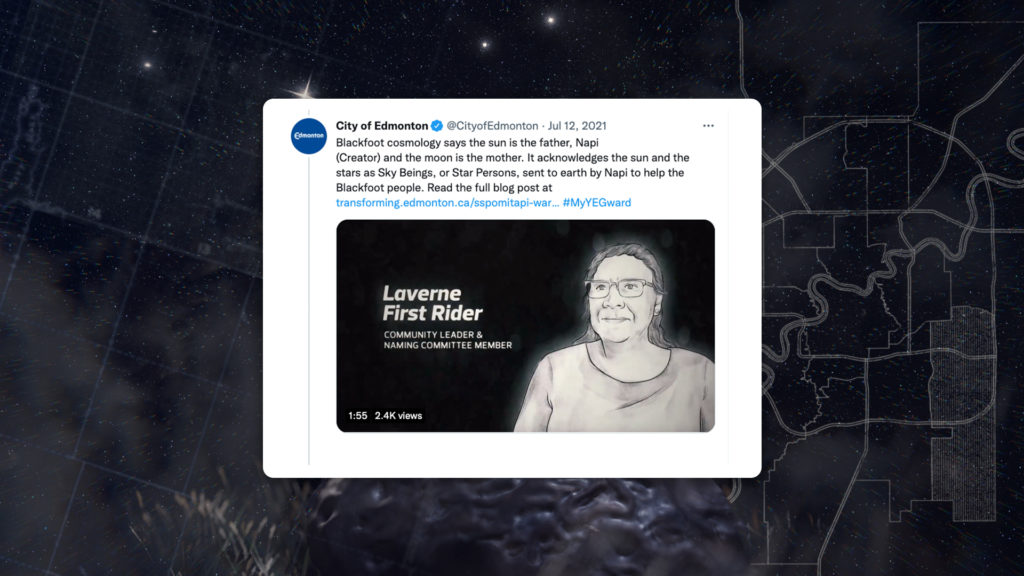 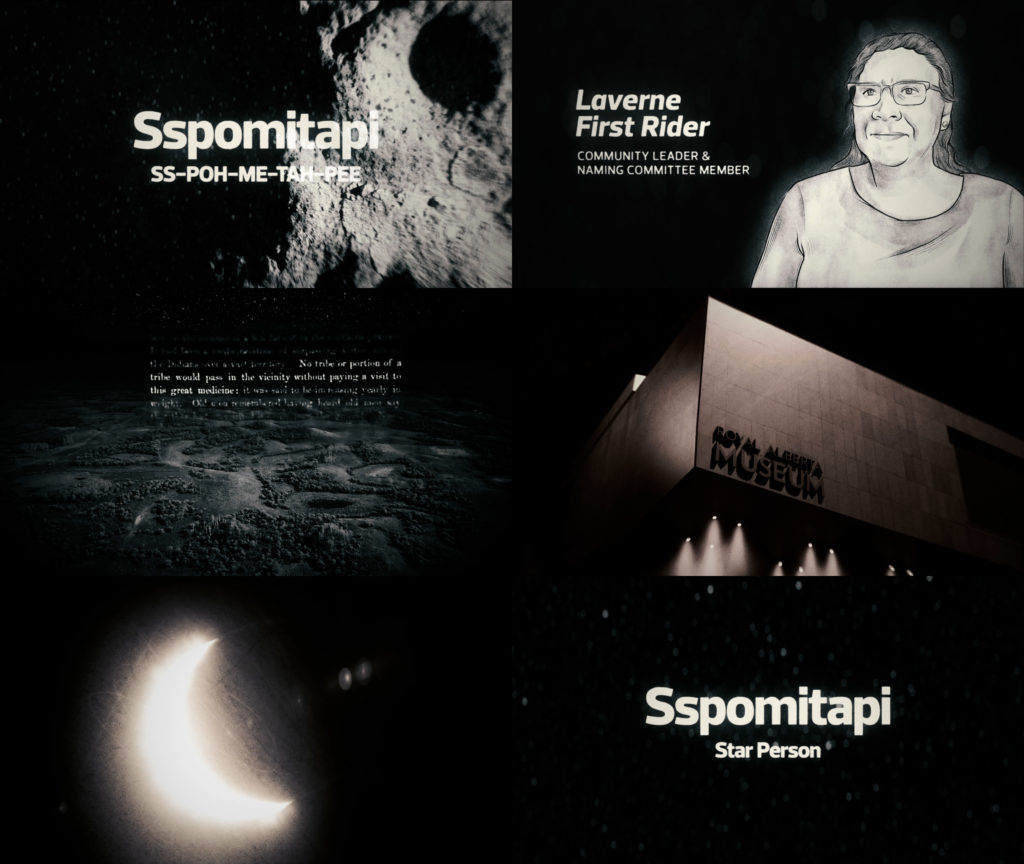 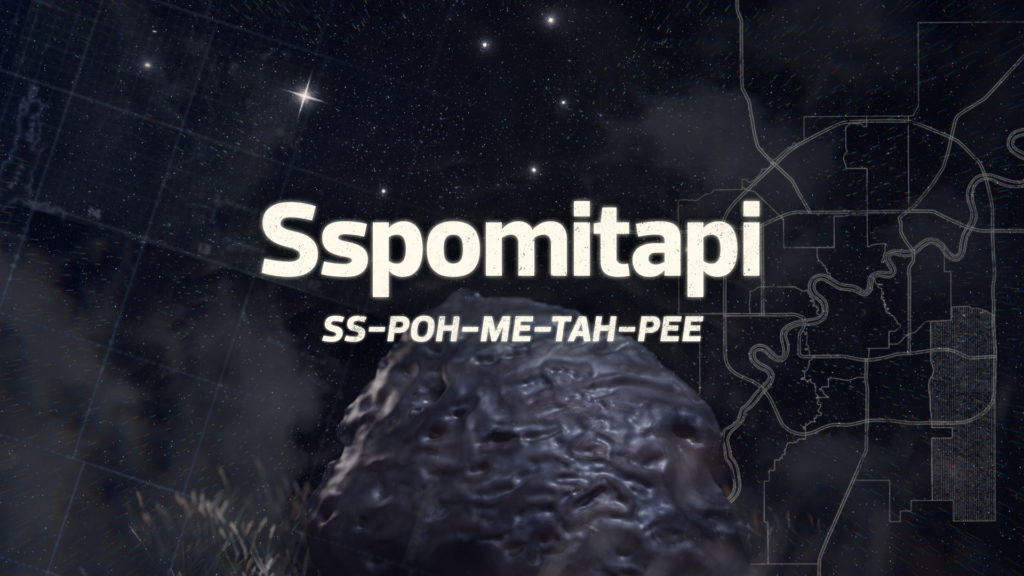