Many of today’s youth believe it’s okay for them to use homophobic language if they don’t mean for it to be offensive. This is especially true online where every second a homophobic tweet is sent. So we created 300 QR codes to spell out the word most frequently tweeted: Faggot. Each code sent people to a different tweet featuring the word Faggot. This allowed people to see exactly how the word was being used and respond to the tweeter. 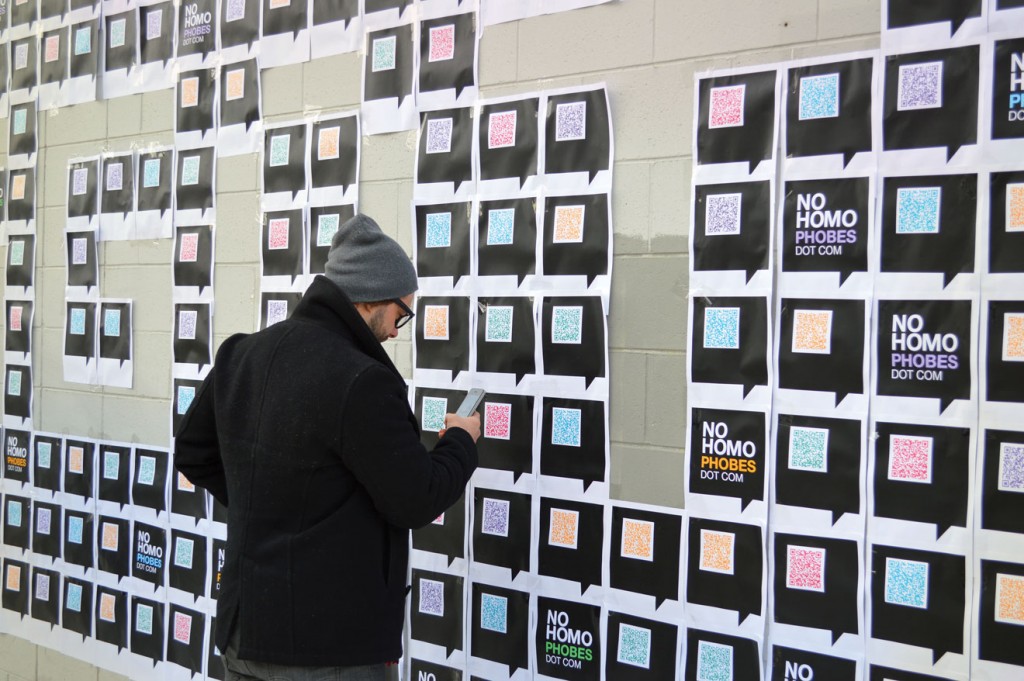