This series of illustrations was developed for iyiniw iskwewak wihtwawin, a twelve part series telling the stories behind Edmonton’s Indigenous ward names. Working with the Knowledge Keepers of the naming committee, the series is built out of a collection of stories, narration, photography, and songs safely gathered around the province, sharing the deeper meaning behind these names. Portrait illustrations were created for each narrator that appears in the videos. Additional illustrations set the scene for each unique story being told. Watercolour effects and etching style linework are used, enhancing the illustration through animated effects. 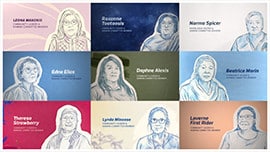 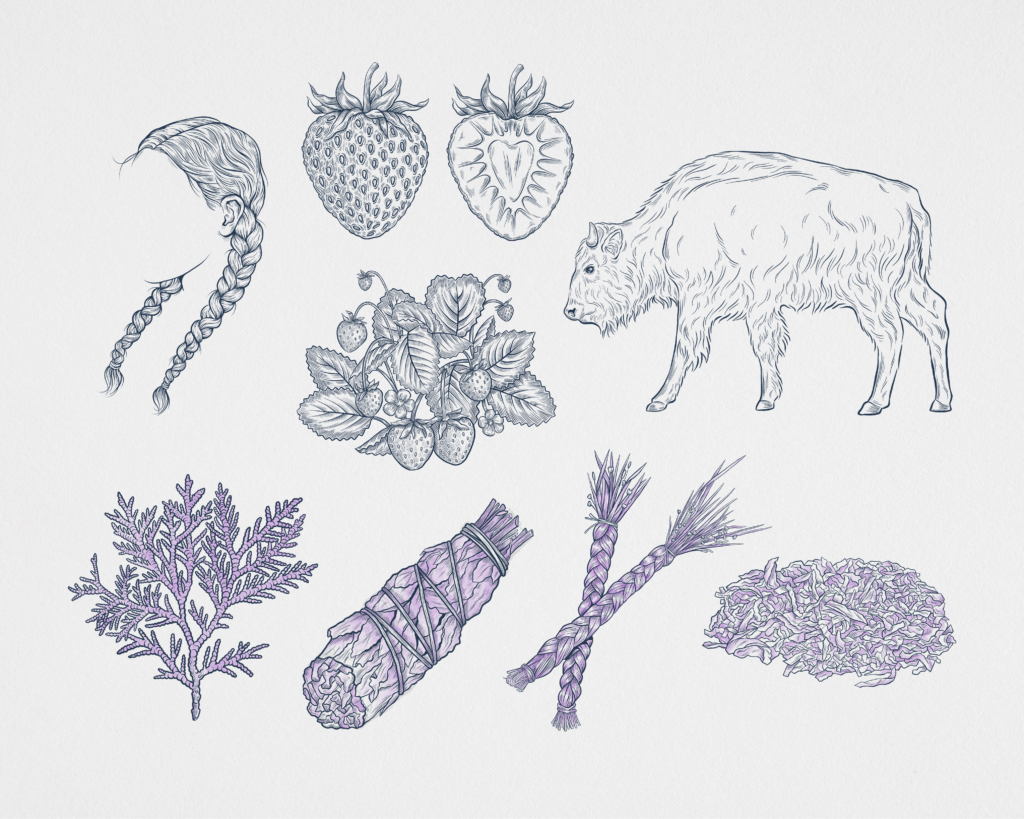